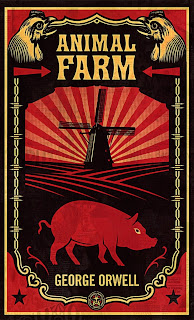 This is the one that started it all for me. I never used to read much before this (except for comic books and books I was forced to read at school). This was part of my brothers’ school reading list, but not mine. I saw the book lying on the dining table one boring Sunday afternoon, picked it up, browsed througn it, and before I knew it, I was hooked. I read the whole book in one sitting. I was utterly engrossed by this story about a group of farm animals who kick out the farmer and take over the running of the farm - an allegory of communism 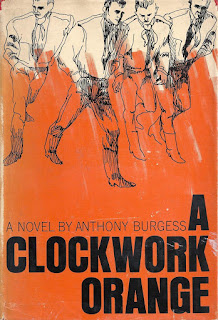 I read this in my late teens, long before I even knew the film existed (I hated the film at first, because it was so different from what I had pictured in my head, although I came to appreciate it later on). I was particularly impressed by the way the author had created a whole new youth subculture with its own jargon, and how he had managed to depict a protagonist who was likeable despite being violent, psychopatic, arrogant and deeply unpleasant. This marked the beginning of my love affair with anti-heroes. 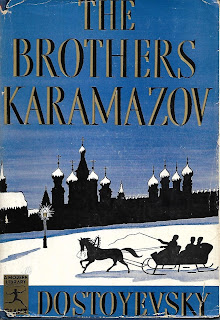 This book is described in Wikipedia as a passionate philosophical novel set in 19th-century Russia, that enters deeply into the ethical debates of God, free will, and morality. Heavy reading, but that’s what I was into at the time. This was in the nineties, when Eastern Europe was opening its borders and Russia, once a secretive and mysterious country behind the iron curtain, now became accessible. I was obsessed with Russia at the time. I even started taking Russian lessons. I had read Crime and Punishment before and thought no book could top that. But then I read Karamazov, which had everything the previous book had, but so much more. This is probably the best book I’ve ever read, although I’m not sure I’d have the patience to read it again, now that I am older and more mellow. 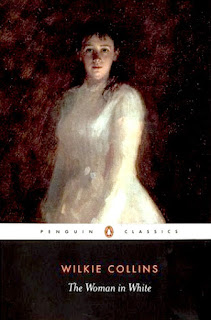 Book 4, The Woman in White.

I bought this back in the day when the only cheap books around were Wandsworth and Penguin Classics. You could often get five books for three pounds. It wasn’t the sort of book I’d normally go for, It looked a bit too melodramatic for my liking, but there wasn’t much choice, so I got it anyway. I was surprised at just how suspenseful this book was. I was on the edge of my seat reading it. It is Hitchcockian before its time! The book also changed my life in a different way. It sparked my interest for Victorian gothic and served as the main inspiration for my play "Death Takes a Lover", which has subsequently been turned into a novella and launched the D.S.Billings Victorian Mysteries. 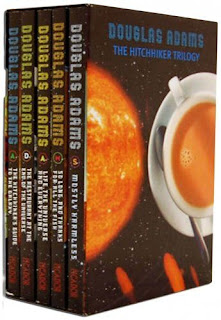 Book 5 , The Hitchhiker’s Guide to the Galaxy.
Read this in my thirties when I finally tired of reading heavy classics. I remembered seeing episodes of the tv series in the 80’s and thought Iˆd give it a try, as the box set was on special offer at HMV. I think I read the whole series in less than a week. I’ve been looking ever since for something which is similarly fantastical, funny, witty and poignant, but haven’t found it yet. I’ve tried other works by Douglas Adams, but didn’t like them. I’ve also tried Terry Pratchett, but that didn’t do it for me either. If anyone has any suggestions, let me know. 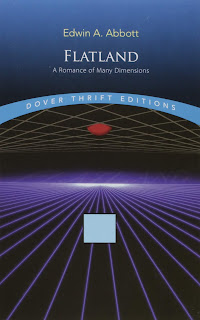 Published in 1884, this is a book about maths, geometry and dimensions. Three subjects I thought would be of absolutely no interest to me, but I couldn’t have been more wrong. This book opened my eyes. It was meant to comment on the hierarchy of Victorian culture, but the most fascinating part is its examination of dimensions and the tantalising prospect of how we might experience a creature of four or more spacial dimensions appearing in our lives. I’m making this book sound much more complicated than it really is. Suffice to say that this novella sparked my interest in physics and is solely to be blamed for all the you tube documentaries I keep watching (when I should be writing) about quantum physics, entanglement, multiverses and the like (none of which I really understand, but they fascinate me anyway 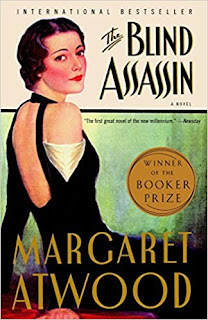 Book 7, The Blind Assassin
This is the one where there is a novel within a novel within a novel. Three books for the price of one! I love the way in which the author strings three seemingly unrelated story strands together to shed light on one woman’s extraordinary life - I was inspired to do something similar with The Ornamental Hermit. I’ve been meaning to read more of Margaret Atwood, especially after seeing the brilliant adaptation of Alias Grace on Netflix. 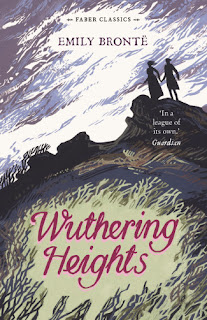 Kate Bush picqued my interest in this book in the 1980’s, buit I didn’t get round to reading it until the noughties. I had seen some film and tv adaptations of this, but didn’t understand what the fuss was about. That’s because there is a tendency in film and tv to make period movies look pretty, and there is nothing pretty about this novel. It is as bleak and savage as the Yorkshire Moors on which it is set. It was a controversial book when it was published in 1847. It was described by the poet Dante Gabriel Rossetti as "A fiend of a book – an incredible monster. The action is laid in hell, – only it seems places and people have English names there." This book was fresh in my mind when I wrote Death Takes a Lover and I hope it shows. 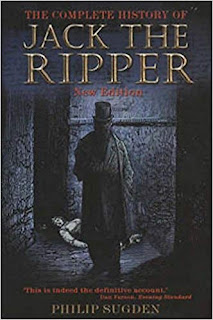 Book 9, The Complete History of Jack The Ripper

When I decided to write a series of Victorian detective novels, this was among the first books I read as part of my research. It gives a very good impression of what police procedure was like at the time, but what most impressed me - and the reason why I am listing this as one of the ten books which marked my reading life - is its depiction of the lives of the Ripper victims. These tragic women are often ignored in other Ripper books. If you think of Victorian times as an era of demure women with pretty dresses, and handsome well spoken gentlemen with top hats, then you are wrong. For the poor and destitutre, life in Victorian times was one long hell. This book conveyed the griminess and depravity of every day life in the nineteenth century much better than any piece of fiction (barring perhaps some of Dickens’s novels). There are many non fiction books about Jack the Ripper, but this is definitely the most thorough and complete. 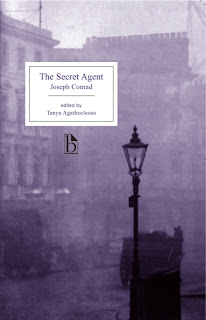 This is the last book I read which really impressed me. Inspired by the mysterious death of French anarchist, Martial Bourdin, who died gruesomely in Greenwich Park when the explosives he carried detonated prematurely, this is a fictional account of what might have led to this strange tragedy. It is a taut, suspenseful and heartbreaking story. It also educated me about anarchist terrorism - a very serious problem which engulfed Europe and North America at the turn of the century. You don’t hear much about anarchism these days, even though a lot of parallels could be drawn with Islamic terrorism. As you might know, my current work in progress deals with anarchists, which explains why this book was at the forefront of my mind when I compiled the list.
Posted by Olivier Bosman at 03:26 No comments: