The Irrepressible Allure of Victorian Gothic 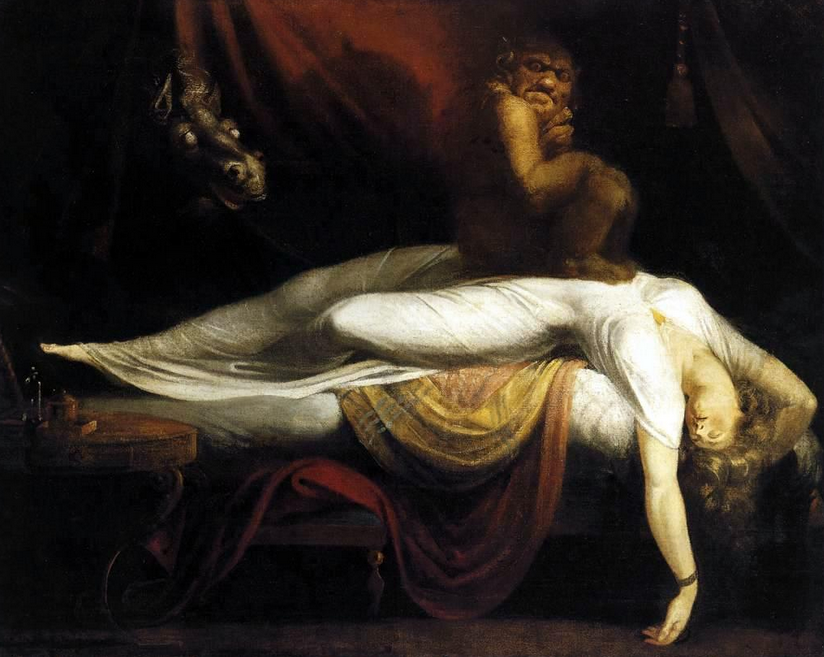 The Goths were a Northern Germanic tribe who hailed from the Southern Scandinavian peninsula. There was nothing particularly dark or sinister about them - other than perhaps the usual Nordic moodines which results from the long, cold Scandinavian winters. Along with the Saxons, the Franks and the Vandals, they were instrumental in the defeat of the Roman empire. The term 'Gothic Architecture' was first used in Renaissance Italy to describe the building style of the post Roman era. It was used as a derogatory term. What they really meant was 'Barbarian Architecture.' The Goths were blamed for destroying many of Rome's ancient buildings and of erecting new ugly and vulgar ones. It wasn't until the eighteenth century that artists started re-appraising the beauty of Barbarian art. They became obsessed with the many ruined churches, abbeys and cathedrals which dotted the landscapes of Western Europe and they started speculating and romanticizing about the 'mythical dark age' which gave rise to their own Western Germanic culture.

In 1764, the historian Horace Walpole published a novel called 'The Castle of Otranto', which he claimed was an English translation from a long forgotten medieval classic. It was a tragic tale of a cursed family living in a haunted castle and it caused a sensation. It later emerged that the book was a forgery and that Walpole had created the story himself, but it gave rise to new form of art, one which became known as 'Gothic literature'. 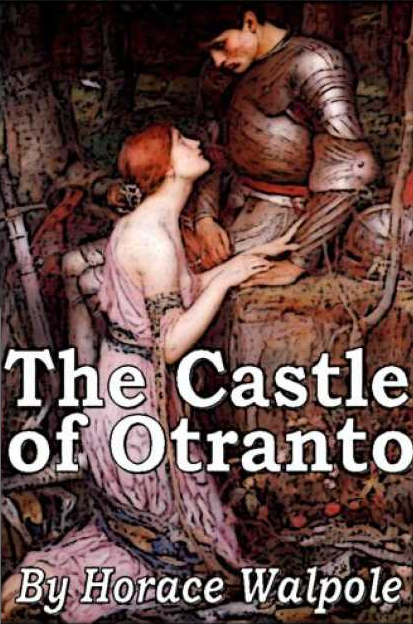 Soon many authors stared writing dark, supernatural tales set in gloomy medieval castles. The most successful of which was Anne Radcliffe, whose tales always featured hapless heroines embroiled in sinister and supernatural plots. Her novels were particularly popular with young ladies who found emotional release from their suppressed and regimented lives in the chills and horrors of Ms Radcliffe's writing. Gothic literature was frowned upon at first, but it remained many a young woman's guilty pleasure. They would secretly keep a Gothic novel hidden beneath their pillow and they'd sit up at nights and fill themselves with chills and terrors - emotions they were normally not subjected to in their everyday lives. 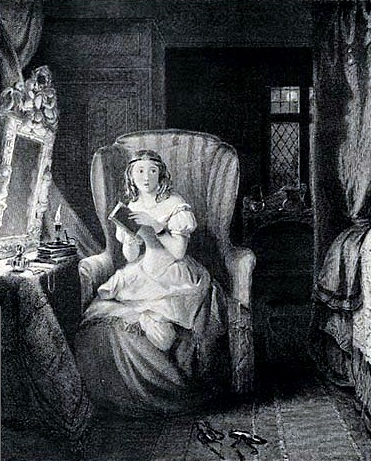 In the nineteenth century, however, Gothic literature started evolving into a more sophisticated read. Gone were the cheap chills of tormented heroines in haunted castles and in came existential questions about progress and evil. In 1818, Mary Shelley published 'Frankenstein', the famous tale about an eccentric scientist who attempts to create a living being by patching together body parts collected from various corpses and jolting them into life with electric shocks. Dr Frankenstein creates a hideous monster, too ugly to name, who is let loose into the world. Feared and shunned by everyone it meets, the monster soon becomes intent on killing the scientist who lumbered him with his wretched existence. The book raises fundamental question about the responsibility of science, but also about the difficult and intricate relationships between man and God; son and father, the object and its creator.

The theme of revenge is further explored in another classic of early Victorian Gothic. In 'Wuthering Heights' Emily Bronte dispenses with medieval castles and dungeons and sets her tale in the bleak and barren Yorkshire Moors. It is the tale of Heathcliff, a homeless boy of “dark skinned gypsy aspect” who is found by Mr Lockwood during a visit to Liverpool and subsequently adopted and taken back to live with his family on the Yorkshire Moors. Heacthcliff is never fully accepted by the family and a raging hatred swells within him as he grows up snubbed and belittled by his adopted family and their acquaintances. Driven by this hatred, Heathcliff spends his adult life wreaking vengeance on all those who tormented his childhood, never showing an ounce of sympathy or remorse for the lives he destroys. The novel outraged critics at the time. The Atlas review commented: "We know nothing in the whole range of our fictitious literature which presents such shocking pictures of the worst forms of humanity. There is not in the entire dramatis persona, a single character which is not utterly hateful or thoroughly contemptible.” Graham's Lady Magazine wrote: "How a human being could have attempted such a book as the present without committing suicide before he had finished a dozen chapters, is a mystery. It is a compound of vulgar depravity and unnatural horrors."


Although the aforementioned critics make it sound as though the Victorian establishment would find it inconceivable that someone should be drawn to such a cold and hard-hearted character as Heathcliff, Emily Bronte's heroe, with his dark, brooding looks and harsh, relentless passion, has become one of the greatest romantic heroes in English literature. After all, the dark side of human nature has always held an irrepressible appeal to readers. It does now and it did then. The truth is that the Victorians were completely fascinated by the ugly side of life, as the popularity of sensationalist newspapers like the Illustrated Police News demonstrates - it made a lot of money out of reporting on the most sordid and viscous crimes. And it was always short on words and large on gory illustrations, so that even the illiterate poor could wallow in the horrors of England's underbelly. 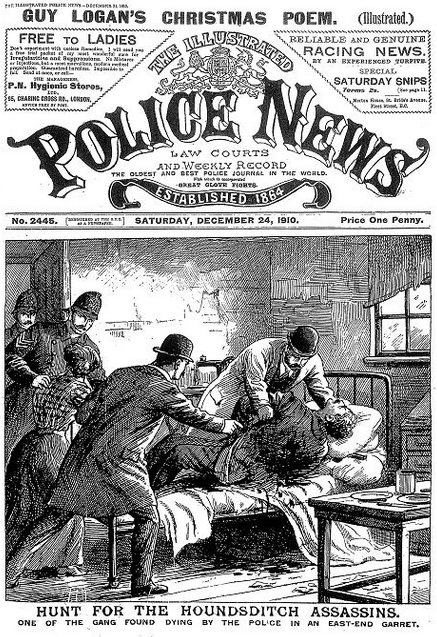 This fascination with the dark side of life led Robert Louis Stevenson to publish “The Strange Case of Dr Jekyll and Mr Hyde” in 1886. It is the story of an eccentric doctor who develops a potion which allows him to separate his good side from his dark impulses. In the guise of Mr Hyde, the doctor is able to free himself from his conscience and allows himself to indulge in his sordid fantasies without consequence, or recognition. A theme which was also explored by Oscar Wilde in “The Picture of Dorian Grey” 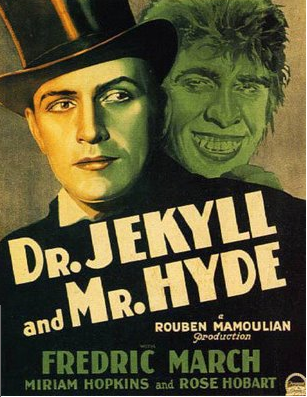 But probably the greatest classic of Victorian Gothic has to be "The Turn of The Screw" by Henry James, published in 1898. It is the enigmatic tale of a governess charged with the care of two children in a large, lonely country house. Haunted by ghosts and her own repressed emotions, she fears supernatural elements are out to harm the children, but is the place really haunted, or is she slowly going insane? The book has all the elements of Gothic: a large gloomy house; supernatural occurrences; repressed sexuality, but it subverts them and strips them down to into a wicked little tale, bursting with atmosphere and menace, and an ending which is open to interpretation. 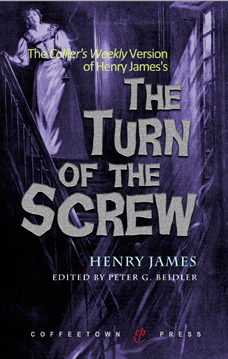 If you're into top hats and corsets; foggy London streets and gaslight; passionate men and repressed woman; a brooding atmosphere and impending menace; then Victorian Gothic is for you. I hope that with this blog I have roused your interest in this intriguing genre and, perhaps, you might be interested in my own Victorian Gothic novella. It is the story of a Scotland Yard Detective who has been sent to a remote house in the Yorkshire Moors to investigate the suspicious death of a young man who seemed to have everything to live for. Fusing Gothic romanticism and fin-de-siecle melodrama, it is a chilling entry into a world which some may not want to enter, but if you do, don't say you haven't been warned. 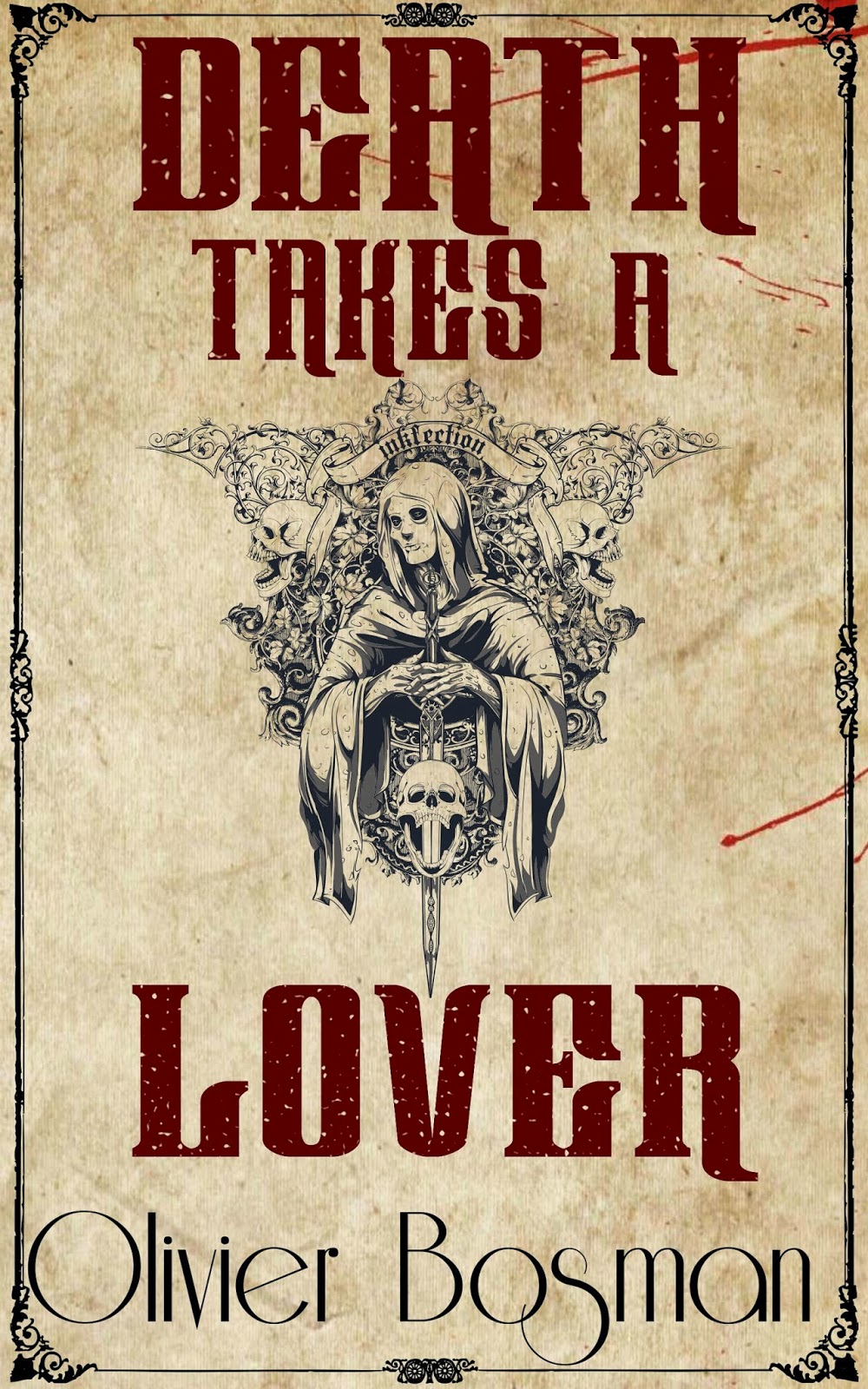 'Death Takes a Lover' is available now on Amazon
Posted by Olivier Bosman at 12:08 2 comments: